The Convergence of Sustainability & Finance - FINTECH.TV

Unifying the World with Technology

Investing for a Thriving & Sustainable Economy

The S-Factor in Humanity Beyond IRR

Impact Investing is Going Mainstream in a Post-COVID World

The Convergence of Sustainability & Finance

Nigeria is Soon the 3rd Largest

The Convergence of Sustainability & Finance

On this segment of TheIMPACT on FINTECH.TV, our host, Vince Molinari, talks sustainability, investment, and how the right perception is essential to overcome challenging situations with Terry Tamminen, President of 7th Generation Advisors.

Terry was appointed as the Secretary of Governor Schwarzenegger’s administration at the California Environmental Protection Agency – where they launch a 1M solar roof initiative, global warming solutions act, and a variety of other sustainable measures.

In 2008, he founded 7th Generation Advisors as a non-profit advisory firm to help states, cities, foundations, and companies do what was accomplished in California.

Some of the companies they work with are Walmart, Leonardo Dicaprio Foundation, Earth Alliance, and many others.

By connecting the work that they do with policy, technology, and finance, they become unstoppable and make anything possible.

The bottom-up approached started in the early 2000s. Whereas, the current administration is not very progressive on environmental or climate issues. They found the opportunity to work with states and cities in the US that were interested in taking meaningful action and enjoying the economic benefits.

After achieving their goal of diverting 50% of waste and setting up their new target of 75%, they understood that the convergence of technology and finance was essential for the dream to manifest a more sustainable reality of the future.

For example, they managed to create an incentive program for electronic recycling. 7th Generation Advisors created a new California industry – by bringing investors to invest in those new companies and new industries where the incentive is no longer needed.

Green Climate Fund is a multi-billion-dollar investment fund set up in 2009 to help underdeveloped countries with sustainable and low-carbon development.

Book recommendations from Matt for newbies on the regulated / climate markets – 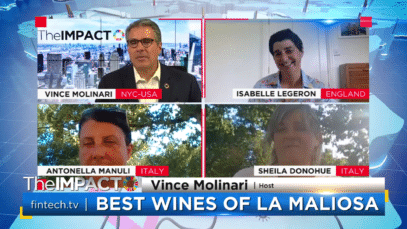 Natural Wine: Back to the Basics